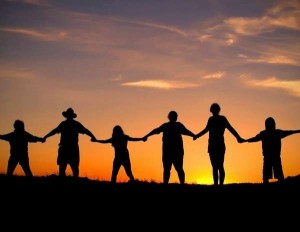 Real estate companies are often among the most active community leaders when it comes to philanthropic and charitable giving. Various nonprofits and organizations will organize or attend events that help to raise awareness and funding for important charitable work.

But real estate companies in particular are known for hosting, sponsoring, and attending galas and other philanthropic events. They also appear prominently among the firms that write checks to the companies they’re supporting. END_OF_DOCUMENT_TOKEN_TO_BE_REPLACED

There seems to be a blog for everything: food, wrecked cakes, living abroad, and TV shows. However, blogging can also be used for good deeds, such as helping children’s charities get some well-earned funds.

If you’re a blogger looking to do good, this might just be the ticket you need for some great karma points. Even if you’re not a blogger, platforms like WordPress make putting together a professional blog easy. Just follow blogging best practices such as engaging readers, link exchanges, and committing to blogging at least three times per week.

Here are seven ways you can make a difference. END_OF_DOCUMENT_TOKEN_TO_BE_REPLACED

In 2012, the Stop Online Piracy Act (SOPA) was debated in Congress, it was discussed on social media, and it was headline news across major news outlets. The bill was so controversial that many companies were forced to take a position on the legislation. For a passionate group of consumers interested in Internet freedom, it was time to express their opinions with their wallets. Before they got out their credit cards or renewed their subscriptions, they needed to know if the company did or didn’t support SOPA.

In fact, demand for that information was so high there were even a few apps that were created that allowed smartphones to scan the packaging and barcode of a product to see if that company supported or didn’t support the bill.

Ever since the SOPA debate, the nature of our attention on companies has shifted. Now, consumers want to know about the overall positive or negative impact a company has on society. During the SOPA debate, the focus was on a company’s political stance, but the lesson consumers took from the entire conversation was that they liked buying from companies they felt were doing good for society.

Trying to decide if a company is “doing good” based on their political positions is often too subjective, and makes consumers vulnerable to poll-tested responses. But charity donations and charitable programs are a much more objective way to feel good about the companies we support. So it is helpful to be aware of the companies that participate in these sorts of programs and in what ways.

One example of a company making a charitable donation is S&S Worldwide in Colchester, Connecticut. S&S is a company that sells educational toys for children of all ages and supplies for camping, crafts, and other projects. They also sell therapeutic toys, games and objects for elders or children with special needs. S&S has provided multiple donations to a local children’s camp, which helps fund the camp’s programs and provides scholarships for kids whose parents can’t afford to send them to camp.

Another company that runs a donation program is Stanton Optical, an eyewear company with retail locations across the U.S. In addition to corporate sponsorship programs with the Epilepsy Society and the Leukemia and Lymphoma Society, they also donate Stanton Optical eyeglasses through product donations.

FileMaker Inc, a database software company, also makes product donations to non-profit organizations and provides special discounts to nonprofits that need to buy large quantities of software. The company also has a separate website for nonprofits that offers guidance on fundraising and other relevant information.