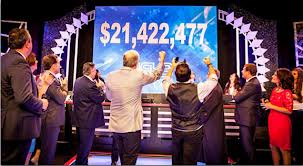 Charity work is essentially about the voluntary giving of help or assistance to people who are in need. Systematic charitable work is carried out by organizations. In order for a charitable organization to pursue its objectives of helping the needy, it must be able to address its main concern about fundraising.

Charitable organizations usually have benefactors who may provide their main source of funding. However, it is quite possible that they will still need to do fundraising activities to further support their programs. One of the more popular forms of soliciting funds is charity on TV or fundraising on air.

Fundraising through TV is primarily carried out through Telethon events such as the UK Comic Relief and the Children in Need. A Telethon is basically a fundraising event which goes on television broadcast that may be held for a number of hours or days.  The main purpose of course is to raise money for a worthy cause.

A telethon is distinct in offering entertainment similar to a variety show while receiving pledges for donations.  The work itself is derived from the words television and marathon.  It has totally changed the face of fundraising from the basic face-to-face interaction to a highly technical way of moving funds from one source to the beneficiary. 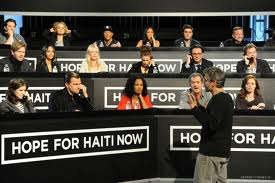 On-air fundraising on TV makes use of the power of media to create awareness for a cause and provide a convincing call to action for viewers to give, donate, or contribute typically in cash.  Some telethons however also receive donations in kind especially for causes related to extensive natural disasters.  Through telethons, it has become easier for viewers to give.

Early forms of telethons mainly relied on pledges made over the phone.  Today, it is possible to text donations on the day of the telethon and the handling organization can report millions of dollars in raised funds within the same day.

Telethons can be done once for a specific purpose or annually for a much larger beneficiary group.  Causes such as those related to child welfare have continuous needs for funding and will require a systematic way of getting it.  An annual or even a semi-annual telethon is a good way to go about it.

TV is not merely limited entertainment as it can be used for more noble causes such as charity work.  Service providers such as DirectTVDeal.com have made it possible for viewers to have access to more TV shoes including charity TV shows.

About the Author:
Teresa is a researcher-writer who covers a wide range of topics in search of useful information to provide readers.