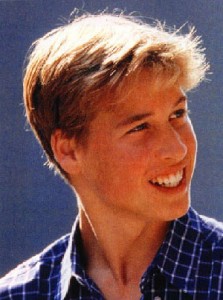 He may be third in line for the British throne, but Prince William is not afraid to get down and dirty – as long as it’s for a good cause. Tuesday night, Prince William slept on the streets of London despite the weather conditions. The temperatures that night went down to as low as negative four degrees Celsius and yet the Prince took it all in good stride – he used cardboard boxes as bedding.

So why did he do this? The Prince slept on the street as part of promoting awareness of homeless people. He supports charitable group Centrepoint, which focuses on those who do not have homes. Seyi Obakin, the chief executive of the organization tells of Prince William’s experience:

“There was no shielding from the bitter cold or the hard concrete floor or the fear of being accosted by drug dealers, pimps or those out to give homeless people a good kicking. One of the hairiest moments occurred when we were almost run over by a road sweeper which simply didn’t see our small group huddled together, which just goes to show how vulnerable rough sleepers are.”

Obakin spent the night with Prince William and also shared just how determined he was to get an understanding of what homeless people go through. After that night, the Prince probably has a whole new perspective.

What does this mean for the charity? They just might get financial support from the Royal Family. At the very least, more people will pay attention to their cause.