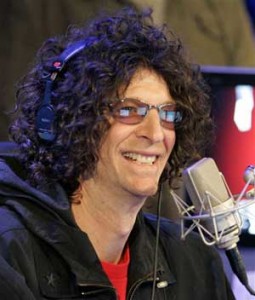 Howard Stern may not be the first person to come to mind when thinking about good works and activities along the same line. Indeed, this celebrity is normally associated with adjectives such as “sleazy.” But if news reports are to be believed, Howard Stern, or at least his staff, is busy doing good things.

So there is this auction going on right now on eBay. This was set up by the staff of the Howard Stern show, and guess what is on auction? The King of All Media himself. The winner of the auction will have the opportunity to be present in the studio, spend time with Howard Stern and the cast of the show. Here is the charitable part – the proceeds of the auction will go to the Holly Heisman Memorial Fund. This is a trust that offers grants to organizations that work with women in need.

You might be wondering why Howard Stern chose this specific trust as the recipient of his good work? Well, the Holly Heisman Memorial Fund was actually established by Dan Heisman, Stern’s former chess instructor. He did so in honor of his wife, who died from breast cancer in 1994. The auction is in progress, and will end on the 12th of August.

By the way, this isn’t the only act of charity that the Howard Stern Show has been involved in. From causes like HIV/AIDS prevention to helping a quadriplegic man to Eritrean refugees, the staff of the show have been very busy.