Different types of people are passionate about giving to charity. Some are the wealthy philantrophists while the others are the average working people who have a big heart to give to causes they value.

In certain countries, however, they follow a tradition that encourages their citizens to regularly give a portion of their income or monetary gifts they receive to charitable organizations. 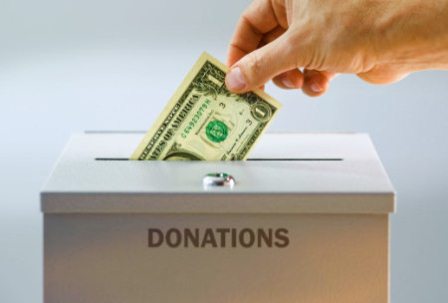 The Jews are among those who practice tradition when it comes to charity giving. They give at least 10 percent of their income to charity.

In their homes, many have a box called pushke wherein they gather coins for the poor. The youths also go from house to house to collect donations to support worthy causes. In fact, when they reach the rite of passage, they are encouraged to give a portion of the monetary gifts they receive to charitable groups they prefer.

Islam believers also share 2.5 percent of their savings as a form of donation or zakat. It is one of the five pillars of the Muslim religion.

In Hinduism, Buddhism and Jainism, charity giving is known as Daana. It is considered a form of investing in a recipient without expecting anything in return and can either involve giving money to or feeding a person in need.

Other than countries, quite a number of global business organizations are also regular donors of charitable groups. Thomas Cook, for example, has a strong tradition of giving and raising funds for charity and local community projects. Its Central Europe branch has been involved in building schools such as in Sri Lanka and improving the lives of underprivileged children.

Apart from following tradition, though, some parents take it upon themselves and start early in teaching their kids the value of sharing what they have including their old clothes and toys. Recipes for life at F3Y has more parenting tips to offer.

The biggest study focusing on social science published on the World Giving Index showed that Australia and New Zealand top the list of the most charities countries. Following them are Ireland, Canada and the U.S. while the United Kingdom is in 8th place. The survey involved 195,000 people from 153 countries and asked whether they had donated money to charity, volunteered or helped a stranger in the last month.

New research by the Charities Aid Foundation revealed that charitable giving from middle class people around the world could reach more than $220 billion by 2030. By middle class, this means people whose daily expenditure is between $10 and $100. People who belong to this strata of society are predicted to increase by 165 percent from 1.8 billion to 4.9 billion by 2030. Their spending power is also set to go up by 161 percent over the same period.