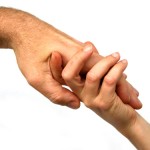 To be organized and operated for purposes that are beneficial to the public interest – such is the main thrust of charities or charitable organizations.  They are quite distinct from other entities that exist primarily to do business and earn a profit.  Because they exist for a noble purpose, they are in turn provided relief from taxes.

There should be no marked difference in the general objectives of charitable organizations whether they are private foundations or public charities.  The main difference between the two is the manner of sourcing their funds.  While the former get their funds from a single source such as an individual, a family, or a corporation, the latter received theirs in the form of grants from private foundations, government, and also individuals in their own capacity.  Public charities are allowed to solicit funds from the public in the form of activities that will lead to grants.

There are at least three purposes that have remained consistent throughout time and these include poverty relief, education advancement, and religion advancement.  However, there are other purposes that have been accepted for being beneficial to the community such as the erection of public buildings or works and the maintenance thereof, fight against community deterioration, protection of rights as mandated by law, and easing the burden of government, among others. Some organizations which promote sports competition are also classified as charities.

Clearly, any organization that could manifest its relevance in providing benefits to the public without asking payment for its delivery can be considered a charity.  Charitable organizations have a critical role to play in areas where governments are unable to sufficiently address the needs of the people.  They have the capability to make a difference in the life of a person, a community, a country, and even the world.