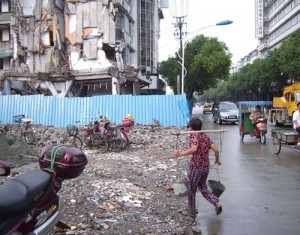 Holding the Olympics in your country is an honor that will forever be cherished. Other than being among the elite group of countries given the said distinction, China for its part makes the current hosting of the 2008 Olympics pretty much memorable. This holds true especially for the earthquake victims that were devastated last May.

It seems like the price to pay for hosting the Olympics and getting popularity while you are at it seems to be harsh if you think of it. Just consider the fact that a lot of people perished and the survivors now are picking up their lives since that fateful May 12 of this year. But 3 months later, all eyes are on China once again, this time playing host to practically the world’s best athletes as well as billions of people all over the world watching them closely.

In Beijing, fireworks filled the sky and revelry filled the streets. But the party surrounding last night’s Olympic opening ceremony was hardly limited to the nation’s capital city. More than 900 miles away, in Sichuan province, an area that’s wallowed in grief and grown accustomed to loss found reason to rejoice – even if the kickoff to these Games did highlight disparity.

Since the May 12 earthquake, $10 billion has been devoted to relief and reconstruction efforts, a figure that pales in comparison to the money China has spent preparing for the Olympics over the course of the past decade. When the medals are handed out and the dust settles, the price tag on these Games will likely exceed $44 billion.

If that is the price to pay then perhaps it would have been better to let another country host the Olympics. Life is more precious and no matter how prestigious hosting this event may be, the damage made is still too much. Well at least they get some sort of consolation from hosting this rare event.