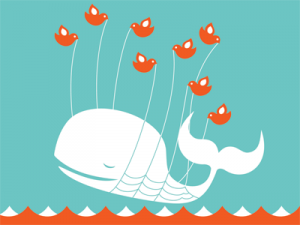 Charities have long had to adjust to the changing landscape surrounding them. Gone are the times when even the average person gave freely to charities. There are many reasons for this, perhaps the harsh economic atmosphere worldwide being the foremost. In any case, whatever the reason, charities – especially the smaller ones – are hard pressed to find ways and means to generate more funds.

One way by which charities are adjusting is by using social media. Twitter is one of the most popular tools that charities are making use of to reach out to more people who might want to give cash, goods, and services to help those who are in need. Of course, there are other social media platforms which can be used, such as Facebook.

So how can your charity take advantage of technology in this respect? Social media platforms have a worldwide reach. By creating an account for your charity, you can expand your reach to the other side of the world without expending extra money. Maybe a little effort is needed, but the benefits far outweigh it.

Think about all the “lost” friends that have reconnected through social media. These reconnections may very well serve as potential donors. Even those who may not have heard of your charity before may very well be moved to help out your cause due to your regular tweets and updates on Facebook. The idea is to get the word out to as many as possible and nothing beats social media when it comes to that!