Sharing one’s blessings is an admirable trait that people must practice in their lives. One form of sharing is giving to charity.

It should be understood, however, that while giving to charitable organizations is a good act, not everyone is obliged to do it. Give only on your own free will like when you have something, money or otherwise, extra. It is understandable when you can’t give to charity when you are having financial difficulties.

Remember that the amount you decide to give depends on your personal circumstances. But when you decide to share, give as much you can because there are many underprivileged people who will greatly benefit from your donations maybe not in your own place but in other areas and countries. 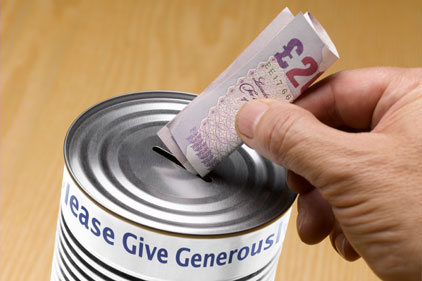 If you’re new to giving, you may still be undecided about the amount to share with your chosen charity. A recent survey has found that what people give and where they direct their donations actually vary from one generation to another.

The 2014 Harris Poll survey entitled “Money? Time? Blood? What Are Americans Giving?” showed that in the past two to three years, nine out of 10 Americans have contributed something to charity. Most of the donations were clothing (73 percent) followed by money at 66 percent, food at 53 percent and other used items.

When it comes to age groups, the older adults or the seniors aged 68 and older were found to give more whether it’s used clothing, money, food and other used items. They were followed by the baby boomer or those aged from 49 to 67 and those in the 37-48 age bracket or the so-called Gen Xers. The younger ones were less involved.

How Much to Give

So how much should you really give to charity? Is there a required amount if you decide to give money?

Again, it depends on how you’re willing to give. You can start by sharing at least one percent of your income then once you earn more, you can just add to what you’re already giving.

Make it a challenge to give regularly even just in small amounts. Eventually, you’ll get used to it and sharing your income will no longer matter so much to you. In fact, regular giving can boost your mood because it gives a feeling of fulfillment that you’re able to share your blessings even in a small way.

Other than money, you are also free to volunteer during community work or share used clothings and other household items to charity. There are always people in need who can benefit from them.

Take note as well that your giving plan will enable you to enjoy tax credits that can actually allow you to give more throughout the year.