Giving to charity is a worthy endeavor and should be practiced by everyone. It does not only help the underprivileged people but it also provides a rewarding feeling to the giver for being able to share part of his earnings.

Contrary to what many people believe, one doesn’t have to be rich in order to give to charity. Did you know that in the U.S., it’s those who earn less than $50,000 each year that donate more to charitable institutions? A report from Indiana University’s Center on Philanthropy revealed that those who have more actually just donate two percent of their income compared to the four percent given by those who earn less. 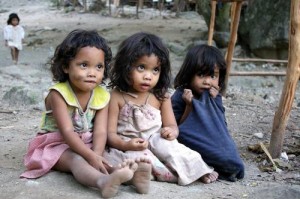 More important, however, than how much you give is where your money is going. When donating your hard earned money, it is vital to do a little research first about charities available and determine the group of people you’d like to help. Ask yourself if you want to help the poor children, the disabled people or the elderly.

Whether you’re in Asia or any part of the world, one should be able to decipher between the legitimate and the bogus charities. Remember that not all calls you receive asking for donation come from the real charitable institutions or from volunteers. Legitimate charities should have contact details and should have a staff that could answer queries about their goals via the phone or email. In fact, an organization should be able to tell you right away how they spend your donated money such as the percentage that goes to their charitable services and their administration costs.

If you’re targeting to donate to charities in Asia that help underprivileged children, you need to check online the names of organizations focused on children and their accomplishments. You can choose to donate to a charity working in a specific country or one that covers different Asian nations.

If you wish to do volunteer work in Asian countries such as in Thailand, for instance, being able to learn Thai would be beneficial as it will help you better communicate with the locals, Thai language isn’t as hard as you think!

We share some of the well known charities dedicated to uplifting the lives of children in poverty. Most of them accept online donations.

World Vision – This is considered to be the largest overseas charity that helps children in the poorest countries by providing their very basic needs such as food, clean water, healthcare and education. Apart from donations, it also allows child sponsorship.

Save the Children – This is an international charity known for helping the poorest families around the world. It has teams working in various Asian countries.

Plan Canada – Since 1948, Plan Canada has teams operating in 14 Asian nations and focuses on very poor communities to help fight child poverty. It is targeting to spend US$1 billion through 2015 to carry out programs aimed at solving child poverty in the Asian region.