With the almost predictable regularity of the occurence of natural disasters in all parts of the world,  there is a need to establish help centers that can be activated within individual communities which form the core of every country in this world.  It is no longer enough to rely and depend solely on government or international aid since there are just too much to do  for one person, one organization, or one country to handle.  It is time to do what we can to help ourselves and the people around us so we can all be part of the solution rather than the problem.

We have all been witnesses to the great resiliency of man in repeatedly rising up from difficulty.  We have seen how this had been made possible by small impromptu acts of charity provided willingly and without motive by nameless people who will probably remain nameless forever in relation to claiming the credit for such noble tasks.  These acts of charity start from a mere desire to be of help to others who are temporarily unable to help themselves.

We have seen how one small flame from a single individual is able to gather enough strength to become a blazing fire reperesented by an organization.  Every notable charitable organization started from something small and from recognizing a need that has not been acted upon by others.  Most of the time, people are called upon to work together not by some law or threat but by the genuine feeling of concern such as those that happens in disaster relief.

Fundraising activities usually form part of unplanned acts of charity because of the need to have funding that will support the cause.  It is not uncommon for people who start an informal group for helping others to provide the seed money or at least be actively involved in finding the required funding.  Anyone of us can give our own impromptu acts of charity at our own level and capacity. 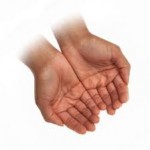