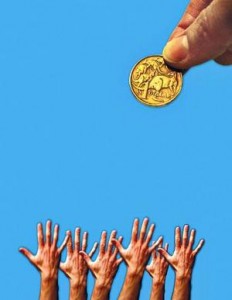 How do you give to charitable organizations? Do you have a specific list of groups and causes that you regularly help out? Or maybe you’re the type that gives whenever you can, whenever someone comes up to you? It does not really matter how you choose to give to charity – it is the intent behind the giving that counts.

However, we have to face the stark reality that not all charities and fundraisers give everything they raise to their clients – those in need. And no, I am not talking about scams. In fact, we have to realize that fundraisers and other similar events cost money. As such, part of the money that people give for charity goes to operating costs.

Now the question is just how much do organizations use for expenses and how much of the money raised actually goes to those in need? The answer varies depends on the organization, naturally. I just saw some figures at the Yakima-Herald relating to this:

To that end, check out the Commercial Fundraiser Activity Report, compiled by the office of Secretary of State Sam Reed. The report, which is available online, tracks third-party, paid fundraisers who operate in the state. There are some 8,800 charities registered in Washington, of which nearly 600 use paid fundraisers.

Less than 20 percent?! It is outrageous, isn’t it? That is why, in my opinion, it is so much better to give directly to causes that you support. Fundraisers are great, but only if you can get assurance that most of the money will go to the deserving.