Charities need not be big. After all, little things really do add up to make a huge difference. Small charitable organizations may not have as big as an impact as The Bill & Melinda Gates Foundation, but they do make a difference. If you are part of a small charity, maybe you find yourself trying to come up with various events which are not so ordinary. Here are some ideas to help you get the ball rolling.

A different kind of dinner
Charity dinners usually invoke visions of expensive venues and black tie affairs. It does not have to be the case, though. Think of something on a smaller scale and something that does not require huge amounts of money. How about focusing on a specific cuisine that will showcase a particular ethnic group? This is great for charities working in this area. Alternatively, you can have a group of families host the event and highlight their family recipes. This should encourage community involvement even more.

Fun events
Think out of the box. How about hosting a geek night at the local bar? I have had friends organize something similar and it was a hit. Fantasy night is another idea. You just might be surprised at the neighborhood response!

Use Facebook and other social media
You’re spending lots of time online anyway, why not take advantage of what is available? You don’t even have to spend extra money on promoting your charity!

The bottom line is to organize something that is tied closely with your organization’s purpose and to encourage everyone in the community to participate.

In Michigan, for example, the scale of operations of charity-sponsored gambling is quite large. Take a look at these figures (courtesy of The Associated Press):

The Michigan Lottery reports it issued 681 Millionaire Party licenses for casino style gambling games in the fiscal year ending Sept. 30, 2004. That grew to 4,043 in fiscal 2008.

Overall, all forms of charitable gambling in Michigan took in $479.9 million in fiscal 2008, and $75.1 million in profits went to charities.

Not bad, huh? Not everyone is happy with the way things are going though. Authorities are looking at stricter controls. They think that “real” casinos are suffering from such activities by the charities. On the other hand, we have people who have problems with the activities based on moral grounds. They feel that charities should raise money in other ways. This is a bit tricky as not everyone sees gambling in the same light. Some people would say that it shouldn’t matter if the money comes from gambling as long as the profits go to a good cause.

What is your take on this? 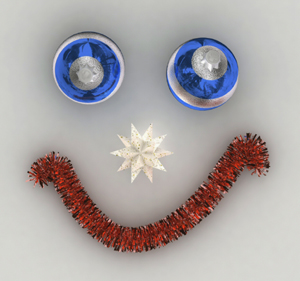 When we talk of charity most of us begin thinking of how much we can spare in terms of cash. We start analyzing what of the things we plan to discard can still be donated. Most of the time we think in terms of material things. These are good ideas. People always need money or goods. Things we no longer need can be useful to someone else.

There are other ways though to be charitable. It can be as simple as doing any of the following: